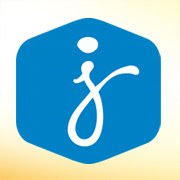 Ok so I talk about weight loss semi frequently (in all fairness I've struggled with my weight since I was in 4th grade so it's an issue for me) and in the past few years I've tried Weight Watchers, First Place 4 Health, Weight Watchers again, and just cutting my portions none of which were overly successful. In essence I've gained and lost the same 10lbs over and over again. I'm at the highest weight I've ever been and I hate it (the weight, not myself). So I decided to do something I've contemplated a couple different times in the past. I joined Jenny Craig. Part of my problem with J gone is that I often stop and pick up something on the way home (McDonalds, Arbys, Fazolis, you get the picture). And some days I literally eat breakfast, lunch, and dinner from a restaurant mostly out of laziness because it's easier. So I decided that I would sign up for Jenny Craig and let them do the thinking for me food wise.

I signed up on Saturday so I'm on day four of the food. So far most of the food has been quite yummy. One of my favorites was the Turkey Burger for lunch followed closely by the Chicken Fettuccine for dinner. Oh and the Triple Chocolate Cheesecake is downright amazing...if I didn't know it was healthy I wouldn't believe it. As I said I'm just at the beginning but so far I feel the most positive I've felt in a long time on a eating program. Now I just need to get my butt moving literally. But one step at a time.

Good luck to you! Weight loss is hard, but it sounds like you're committed and I wish you all the best!