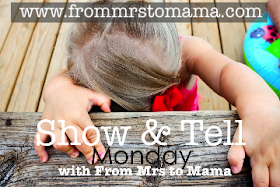 I saw this over on The Misadventures of Mrs. Duh and thought it was kinda neat so I figured I'd link up...

1. Are you married? If so when did you get married, and tell us about your special day. If not? How would you describe your dream wedding?
My husband and I got married September 5th, 2009 at his family reunion at a camp ground in Indiana and then again at our church in Virginia on January 10th, 2010. So I have two special days.

The first wedding we surprised his family with the fact that we were getting married the next day. We had contacted a local retired minister who was gracious enough to perform the wedding including communion with J's family. It took place in a picnic shelter on a lake. It was a sunny beautiful day and we were surrounded by his siblings (most of them), his parents, his nieces and nephews, and a minister who blended beautifully. We had cake and then went back to the cabins to change and have dinner around the camp fire. It was perfect! Our talented niece-in-law took the most amazing pictures. This is also the wedding that he got cake up my nose and I got it on his cheek.

The second wedding was a formal ordeal in a church with our friends and family from Virginia. The ceremony was put together by J and I and it was a very formal ceremony and we loved it. This wedding also had communion which was served by our mothers. His father was the best man and my brother was the man of honor. Following the wedding is when the drama hit. J has biological sisters but was raised in his adoptive family and didn't know them until he was 21. Well his biological sister M was at this wedding and so were his adoptive parents. Immediately following the wedding she ambushed his parents with a hug and proceeded to become a bundle of mess. His parents weren't prepared for this and this of course wasn't how J wanted the meeting to occur so that kinda put a cloud over the pictures and the reception. His mother was very upset by it because she feels that she has her children and M has her mother so there is no need for her to know M. So we had to spend part of our day putting out fires. But overall it was a lovely service and reception.

2. Show us some wedding pictures. Either yours or of some that you love.


3. How about the engagement? Tell us your story. If not engaged, what's your dream proposal?
Hmm about that...well it's like this. We didn't have a formal proposal because both of us had been married before and it didn't work out so well. I told J I wasn't too worried about a true proposal. We had discussed getting married and we knew he was headed to Japan in July of 2010 and we had decided we'd like to be married before that. We were headed to his family reunion where I would meet the rest of his family that I hadn't met yet and my Mom of all people suggested we get married there since his whole family would be there. She of course also suggested a second wedding in Virginia. So J talked to my father and got his permission which meant a lot to my Dad because my first husband hadn't. We didn't tell anyone really except my parents and my brother and one of his sisters T who in turn told his other sister L. In essence we kind of eloped.

But one night before we headed to the reunion we were laying in bed talking about something not too important. When he looked at me with a very serious look and held my hand and said "we have this wedding planned and I just wanted to ask...do you want to?." To which I smiled and said "yes."

4. Show us your wedding rings or an engagement photo! If not engaged/married, show us your "dream" ring.
I've received some interesting comments on this but I don't have an engagement ring. It is two fold really. First of all again I had the ring the first time around and it just didn't go so well so I wasn't too hung up on it for the second time around. Second we were on a limited budget at the time and I didn't want a chunk of money spent on a ring I probably wouldn't wear that often. And third (I know I know I said it was two fold...work with me) I'm not a huge jewelry person. I wear basic silver earrings, necklaces, etc. I've told him if he wants to get me something he can get me a Ford Mustang. He laughs and says a ring would be cheaper and safer.

My ring is a white gold band and his is a tungsten band that is light gray on the outsides with a dark shiny band in the center.
5. Tell us why you think marriage doesn't work out for so many? What can we do to make things last?
I think the main reasons marriage doesn't work out is because of expectations and a lack of commitment***. People have expectations that are either unrealistic or they forget to share them with their spouse. Your spouse is not from a movie or a story book they will not be perfect all the time (and surprise neither will you) and they also cannot read your mind no matter how hard they try or how long you hope it's not going to happen. You must communicate your expectations.

As for commitment it has shocked and amazed me the number of couples who didn't even make it to the year mark without bringing up the "D" word. You made a commitment to this person til death do you part. How does that go out the window so quickly? Ok so it isn't the fairy tale you thought it would be. Marriage takes work. And it takes a 100% commitment on the part of both parties. When the going gets tough talk about it, go see your pastor or a counselor, make time for each other, laugh together, and above all keep talking (yes I know I said it twice it's that important).

For J and I we have the following rules:


***If there is abuse of any kind in a relationship you should not stay! Whether it is physical, sexual, mental, emotional, verbal, etc you should seek help. You do not deserve abuse no matter what you have or haven't done and you are not quitting if you leave an abusive relationship.

Now head over to From Mrs to Mama and link up!
Dreamed up by Megilon at 3:35 PM

Love your post! You and your hubby have great rules! Did I mention that I love your wedding dress? So beautiful and elegant!

LOVE your thoughts about what it takes to make marriage work...i couldnt agree more:) I love your story about getting married at the family reunion...what an awesome way to include everyone!!